Women Lead Peace on the Ground 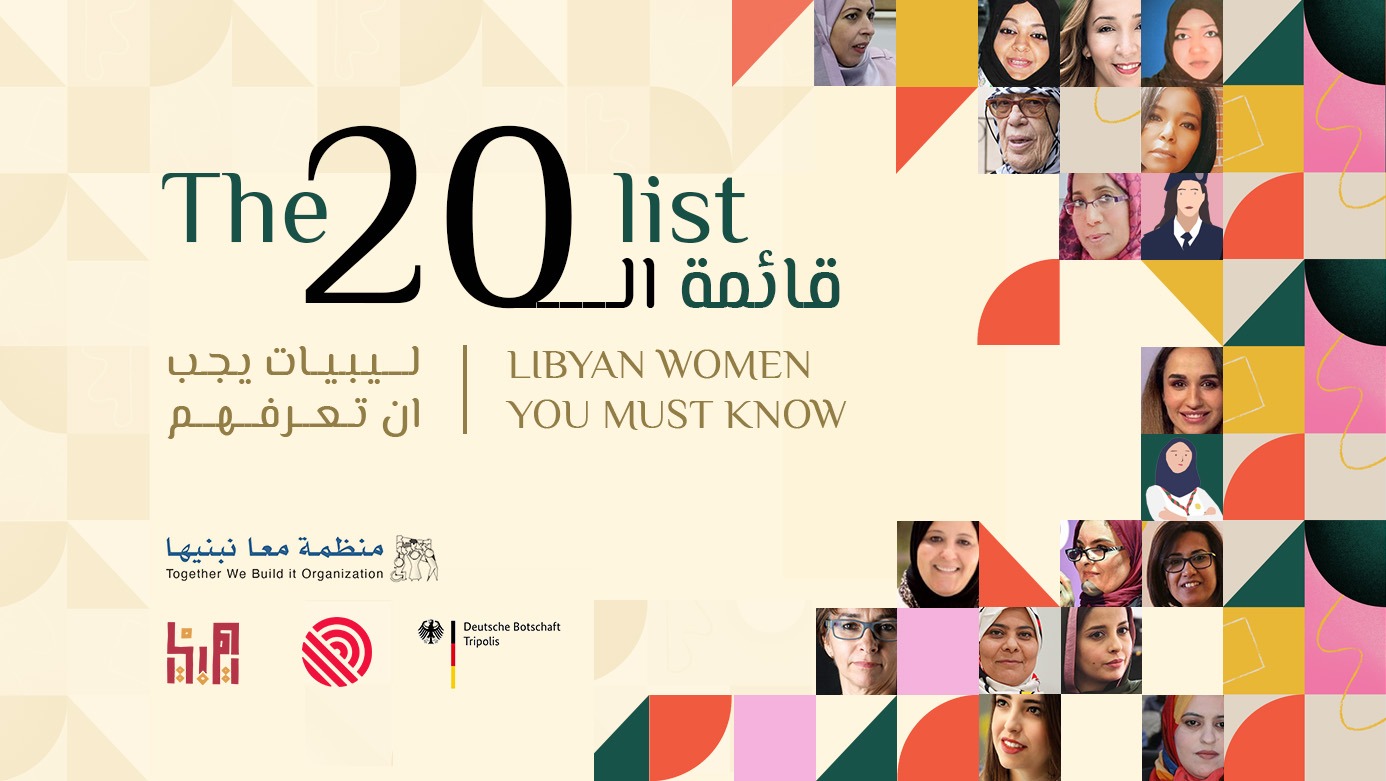 The Women Build Peace on the Ground was a multi-pronged program of capacity-building on women, peace and security supported by the German Embassy in Tripoli, in their first cooperation with TWBI. This is a summary of the five most significant achievements of this project.

When the pandemic lockdown began, we re-devised a proposed 1325 training workshop, titled “Women Lead on the Ground,” into a free online training program specific to Libya, using language and examples accessible to people across the country. Among the advantages of going online, is the fact that we reached more people, who undertook the coursework in their own time and when their electricity supply and domestic work permitted them to be online. More than 109 people took the course in only two months and it continues to be popular among ordinary Libyans.

We kept up a steady flow of information about women’s leadership in diverse aspects of peacebuilding. Our national campaign, the 20 List: 20 Libyan Women You Must Know, features stories about Libyan women who have supported and sustained a feminist vision of peace in our land, including by giving their own lives. The List received nation-wide recognition, recording an organic outreach of around 98,844 (with no sponsorship) on the launch date. The list’s webpage crashed briefly because of the number of simultaneous views. The 20 List was also featured on TV channels and newspapers such as Africa Gate News, Yes Libya News, 218 TV News, and Salam Network. About 100,000 Libyans were reached by our 20 List.

Containing a variety of news and segments, analysis and monthly recommendations that we directed to representatives of embassies, especially UNSC member states, our monthly updates were read by 1669 people.

In a series of expert opinions, we showcased the writings of several professional Libyan women, whose advice on law- and policy-making reached a large audience in Libya and abroad. Some of the expert opinions were also featured in Libyan newspapers such as Al-Wasat Newspaper, one of the biggest local newspapers, UN Women Arabic blog and the United Nations System Staff College.

We continued to challenge the international community to include Libyan women’s opinions and advice, reaching a wide audience through our online advocacy initiative, Building peace for all: the perspective of Libyan women in collaboration with the European Union delegation to UN Geneva.